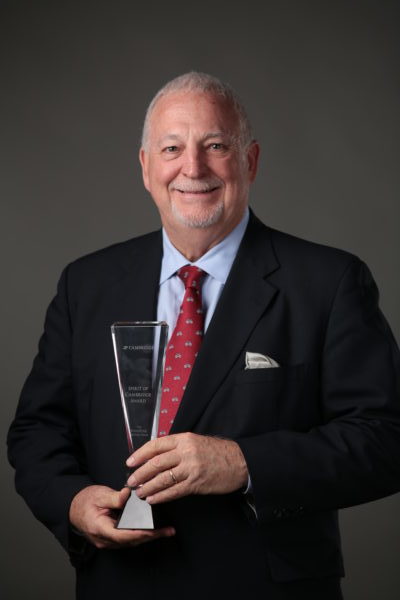 “Our industry is rapidly being commoditized.  For an advisor to distinguish themselves in the marketplace they must develop extraordinary client relationship management skills.  A client will stay with an advisor longer if their experience is personal, beneficial and rewarding.”

David M. Wheat, ChFC®, AIF® is a 31-year veteran of the financial services industry. Initially learning the insurance business, he began
by launching a career with the State Mutual Companies. He gravitated toward comprehensive financial planning early in his
career and began doing fee-based planning in 1996.

As the industry changed in the ‘90’s and following, David realized that the baby boom generation would be needing guidance in
planning for the distribution of capital over their lifetimes. Concentrating his focus on distribution planning in the late nineties,
he began to build what was to become a successful business using this model.

In 2005, joined by partner Brian E. Conway, CFP®, CFS, RMA®, they launched Axiom Advisors, LLC, a Registered Investment Advisor in
the state of New Hampshire and transitioned their practice to Cambridge Investment Research, Inc., Fairfield, Iowa. The practice grew steadily, through the 2008 crisis and beyond.

Cambridge Investment Advisors, Inc. honored David in 2017 with the Spirit of Cambridge award. Only 21 advisors of over 3000 have received this distinction. Spirit of Cambridge Award In 2018 David transitioned the practice to Executive Financial Planner Brian E. Conway.

David is now a branch manager with Cambridge, overseeing 26 advisors in several states and growing. Along with Nichole Reinhardt, they launched CW Financial in 2017 with a specific purpose in mind. To provide financial service professionals the same type of guidance and advice he has given his clients for the past 30 years. Rather than “traditional management” CW provides a culture of leadership, relationship and creativity for the serious professional. The most successful athletes in the world all have coaches. At CW we believe that the successful advisors can benefit from coaching as well.

A ChFC® is The Highest Standard of Knowledge and Trust in Financial Planning.  Your Chartered Financial Consultant® has completed the most extensive educational program required for any financial services credential.  Learn More

What is an Accredited Investment Fiduciary? The AIF® Designation certifies that the recipient has specialized knowledge of fiduciary standards of care and their application to the investment management process. The Designation is administered by the Center for Fiduciary Studies, the standards-setting body of fi360.

David received a Bachelors of Arts degree in History from Oklahoma Baptist University.

Check the background of investment professionals on FINRA’S BrokerCheck.